Learning How to Shhhh with the Best of Them - Woodmam

on Jul 13, 2022
As a nurse walked by the room of a first-time mother, the door popped open and the father emerged, pushing a bassinet that was practically vibrating from the cries of his red-faced, screaming baby. In an attempt to help the poor little girl, the nurse lovingly leaned her face over the baby and let out a “Shhhh” as loud and harsh as a burst steam pipe!

I’m confident that had she continued her shushing for a few moments longer, the infant would have calmed. But she was stopped in her tracks when the baby’s father yanked the bassinet away. Glowering at her, he said, “How dare you tell my daughter to shut up!”

Of course, this caring nurse was not telling the baby to shut up. But this father reacted as he did because he didn’t understand that the nurse was speaking in a different “language.”

In “adult-ese,” shhhh is a rude way of telling someone to be quiet or to shut up. However, in this case the nurse was speaking “baby-ese,” in which shhhh is a very polite infant greeting. All babies recognize the “word” shhhh, and they love it!

Mothers all around the world shush their babies in exactly the same way. Here’s how to do it:

1. Place your mouth two to four inches away from your baby’s ear.

2. With your lips pursed, start releasing a shhhh sound.

3. Quickly raise the volume of your shhhh until it matches the noise level of your baby’s crying. Try to sound like the world’s most irritated librarian! This is not a gentle or polite shush but a rough, harsh, insistent shhhh. But remember, your shushing will sound much louder to you than it will to your baby because her hearing is quite muffled. And besides, her own screaming gets broadcast at a jolting seventy to eighty decibels (louder than a vacuum cleaner)—and that’s blasting right next to her ears!

Some parents feel it’s callous and vulgar to shhhh their colicky baby or that it has an angry sound to their ears. However, to a baby’s ears, shhhh is a sound of love and welcome.

4. As mentioned earlier, calming your baby is like a dance—but she is leading. You aren’t guiding her into quiet, you’re following her there. So, don’t soften your shhhh until her decreasing cries show you she’s ready for it.

When you first try shhhhing, your baby should quiet within a minute or two. And, after you get really good at it, you may find she calms in seconds. However, once your fussy baby settles, she will probably need continuing, moderate white noise to keep her from returning to crying. This shouldn’t be a surprise to you. After all, she used to be serenaded by this loud sound 24/7, so needing it for a few hours, or even all night long, is a major compromise on her part.

(It’s fun teaching your older children how to shhhh. It makes them more involved in baby care, and they feel so proud when they can calm the baby’s cries just like daddy and mommy!)

Mary and Sigfried were delighted at how well shushing helped soothe their crying three-week-old baby, Eric:

“We never would have thought Eric could be quieted by such an annoying sound, but we’ve discovered the louder he cries, the louder our shushing needs to be. And, we can only lessen the intensity of our sound after he starts to quiet down. 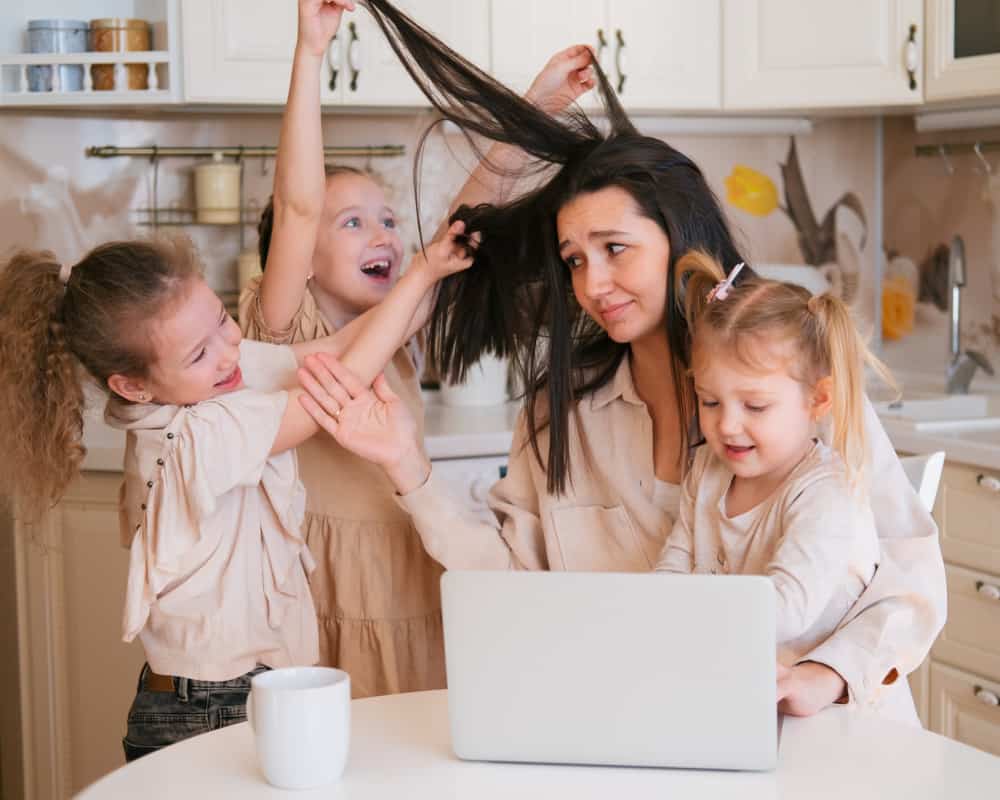 “Shushing for two to three minutes can make us pretty dizzy. Yet Eric often seemed to need it for longer periods of time. Finally, after several days of taking turns shushing him, we realized that a sustained hiss from our music synthesizer was a perfect substitute for our flagging lung capacity. This sound works really well all by itself. And it’s one hundred percent successful when combined with swaddling and motion.”
Older Post
Newer Post
Close