on Jul 18, 2022
Position—Although sitting up may not help, two positions have been proved effective for lessening reflux: lying on the stomach or lying on the left side.

Both positions are great while your baby is awake. The left-side position is also fine for sleep, as long as your baby is swaddled and wedged to keep her from rolling onto her stomach. The back is the preferred position for all babies to sleep in; however, some doctors recommend the side position for babies with severe reflux and nighttime vomiting. Ask your child’s doctor for her opinion.

Burping—Burp your baby every five to ten minutes during a feeding. Otherwise a big burp at meal’s end may accidentally bring up the burning, acidic contents from your baby’s stomach.

Feeding tips—Make sure your infant isn’t overeating. Try feeding a little less and see if the spitting stops and the crying improves. You can continue giving her shorter feeds as long as she’s gaining four to seven ounces per week and she’s satisfied for a few hours after a feeding.

Eliminate cow’s milk products—For some babies, reflux indicates a milk allergy. Discuss this possibility with your doctor to decide if the elimination of cow’s milk is warranted.

Antacids—Your doctor may suggest over-the-counter antacids or prescription acid-reducing medicines like famotidine (Pepcid), ranitidine (Zantac), omeprazole (Prilosec), and lansoperazole (Prevacid) in the hope of lessening her “heartburn” pain. (Never give your baby antacids without consulting a physician.)

Stomach-emptying aids—During the 1990s doctors discovered that certain medicines caused the stomach to quickly empty its acidic contents into the intestines as well as “shut the door” at the top of the stomach so acid couldn’t squirt up toward the mouth. Medicines such as metoclopramide (Reglan) and erythromycin are now occasionally used for babies with stomach acid reflux who continue to scream despite all the other approaches.

Through the ages, herbal teas that aid digestion have been recommended for unhappy babies. Traditionally, mothers brewed either chamomile, peppermint, fennel, or dill for their babies’ upset tummies.

The ancient “roots” of this practice are reflected in the names chosen for these herbs. In Spanish, the word for peppermint is yerba buena, meaning the good grass; in Serbian it’s nana, meaning grandmother. Dill has settled stomachs in ancient Egypt, Greece, and in Viking times. Its English name derives from the Old Norse word dilla, meaning to soothe or calm.

As much as I love herbal teas, I’m sorry to say that little proof exists that they offer any real benefit for colicky babies. However, they do no harm, so if you would like to give some to your baby, here’s how:

To make dill or fennel tea, steep two teaspoons of mashed seeds in a cup of boiling water for ten minutes. A teaspoon of this may be given to a fussy baby several times a day. If your baby refuses the tea, you may sweeten it by adding a little baby apple juice or sugar (do not use honey or corn syrup).

Additionally, dill can be given in the form of a tonic called “gripe water,” a popular folk remedy for colicky babies in Great Britain and the Commonwealth countries (although its effectiveness has never been proved).

Homeopathy, Chiropractic, Osteopathy: Are They Worth a Try?

Homeopathy is a philosophy of healing that teaches “like cures like.” In other words, the body can be made to heal itself by giving a tiny dose of something that would actually cause the very same problem if given in a large dose. For example, a homeopath might recommend minuscule amounts of poison ivy extract to stop an itchy rash.

Do homeopathic remedies work? Some parents swear by them; however, hard evidence is difficult to find. Hopefully, this will change over the next five to ten years as the National Institutes of Health gets results from studies they are conducting on the subject.

There are four main recommended homeopathic remedies for colic: chamomila, colocynthis, magnesium phosphorica, and pulsatilla. These may be given singly or in combination; however, in general the correct homeopathic remedy is chosen according to the specific characteristics of a patient’s symptoms—in this case, a baby’s fussiness.

As with Western medicine, it’s best to use homeopathics in consultation with an experienced practitioner.

The same uncertainty that surrounds homeopathy surrounds the claims that chiropractic or osteopathy can help calm crying babies. While there are some studies reported by these practitioners about the treatment of colic through the manipulation of the spine or skull bones, I have seen several colicky babies whose frustrated parents sought out chiropractic or osteopathic help with little or no success. 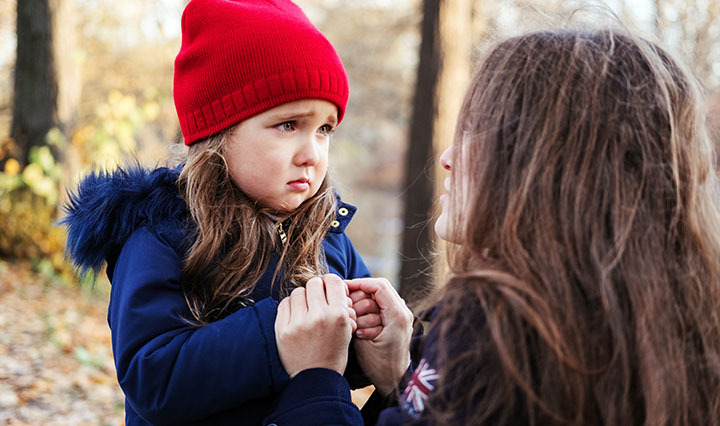 What a baby’s normal sleep pattern should be

Weaning your sleeping baby off the 5 “S’s”

The truth about putting your baby on a schedule