on Jul 14, 2022
Those who find that rhythmic rocking doesn’t work are almost certainly rocking too slowly.

Penelope Leach, Your Baby and Child

For really fussy babies, the swaddle must be tight, the shhhh must be harsh, and the swinging must be fast and jiggly. Remember, swinging refers to all manner of rhythmic actions, from patting to car rides to walking with your baby in a sling.

The three rules of successful swinging are:

1. Start Out Fast and Jiggly

Calming most frantic infants requires small, trembly movements, like someone with the world’s biggest case of shivers. This type of motion switches on the calming reflex and makes your baby think, Wow … that feels really good!

Some babies also like the free-fall feeling their parents give them when they suddenly dip or bend over. But be careful. If your baby is sensitive, that motion may startle him and set off his Moro reflex, upsetting him even more.

2. The Head Jiggles More Than the Body

A shimmying or shivering motion triggers your baby’s calming reflex by switching on motion detectors … in his head. That’s why it’s the movement of the head, and not the body, that really turns the reflex on.

As you jiggle your baby, don’t cup your hands firmly around his head. It’s critical that you allow your hands to be a little open and relaxed so his head makes tiny wiggles, like Jell-O quivering on a plate. If you hold his head too snugly, it won’t wiggle and you probably won’t activate the reflex.

How forceful should your jiggling be? The vigor of your motion should reflect the level of your baby’s crying. Gentle movements are fine for relaxed, sleepy infants, but the more agitated your baby is, the faster and more jiggly you need to be. Wait for his cries to lessen before you reduce your pace. Then, the calmer he gets, the slower your swinging can become.

Tamar and Dan realized they had to play “follow the leader” with their baby:

The most effective technique we’ve found to quiet Damian is putting him up on our shoulders and thumping his back quickly and firmly. As he calms, we downshift the intensity of the patting, bit by bit. 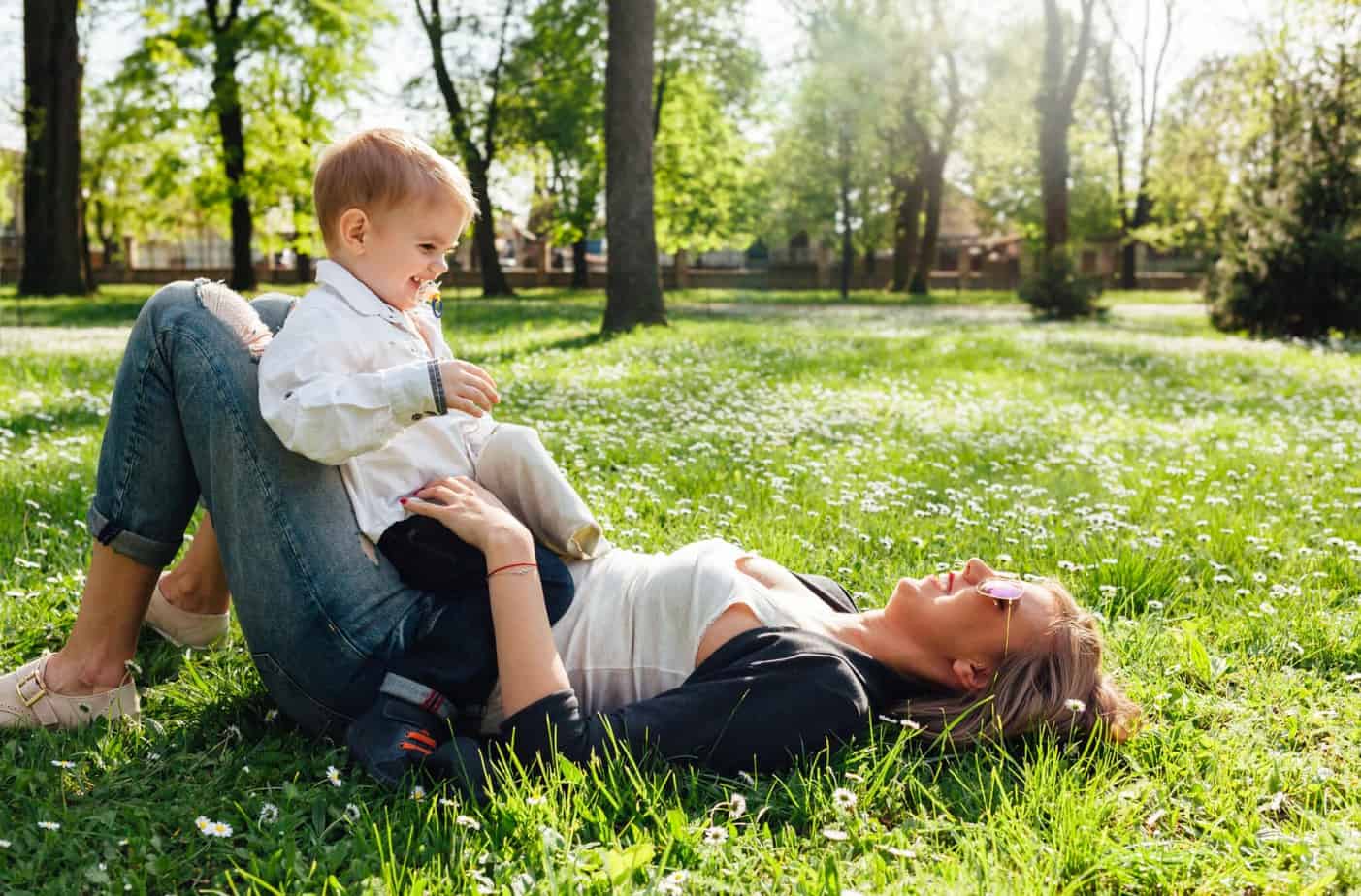 Vigorous movement also works, either in a rocking chair or dancing from side to side. And, combining rocking and patting is a winning combination for us that never fails to settle him as long as he’s not hungry or wet.

Although thumping your baby’s back may sound harsh, he’ll probably love it, and it will also help him burp! As a rule, thumping should sound like a drum, loud enough to hear across the room—but not in the next room.
Older Post
Newer Post
Close