Helping Your Baby Stay Asleep with the 5 “S’s” - Woodmam

on Jul 19, 2022
When it comes to sleeping, you and your baby are a team, and you will both have to be flexible to make it work. However, as every mother knows, for the first four to six months, you will be the team member who bends the most. You will rearrange your priorities, put off chores, and try to sleep in synch with your baby’s schedule.

But don’t despair. There are five specific ways you can nudge your baby into a better sleeping schedule during these early months: the 5 “S’s.” These womb sensations will keep your infant’s calming reflex turned on and, when they’re used at night, they may even keep him soothed until daybreak.

Tight wrapping prevents your baby’s accidental whacks and disturbing startles. Just by swaddling your baby, you may increase his sleeping periods from three to four or even six hours at a stretch. Remember, his blanket must stay very snug for it to work all through the night.

Karen’s son, Connor, was three months old (and seventeen pounds!), but he still had trouble sleeping more than three hours at a stretch:

“When I put Connor down after nursing, he would struggle and squirm for over half an hour until he finally settled down to sleep. He hadn’t been swaddled since he was a newborn, but Dr. Karp suggested I try again.

“I was surprised that he not only accepted the swaddling (after a little struggling) but settled down immediately and slept one hour more than usual. Wrapping also extended his daytime sleeping from fifteen-minute catnaps to one-to-two-hour luxurious naps, morning and afternoon.

“I was delighted with this improvement, until a friend came by the next week and showed me that I was still swaddling Connor too loosely. She taught me how to do it tighter and he began sleeping eight hours straight at night!”

Although the side and stomach are the best positions to use for soothing a fussy baby, the back is the only position you should use when you put your baby down to sleep. The only exceptions to this are allowing very restless babies to sleep sitting, strapped into a fully reclined swing or the rare medical conditions that might make a baby’s doctor recommend tummy sleeping (discussed in Appendix A).

Most babies sleep better when a harsh, continuous white noise plays near their bassinet. A womb sound CD drowns out other distracting noises and have a profoundly lulling effect. As with swaddling, the mere addition of white noise to your baby’s nursery may extend his sleep by an hour or two.

The movement of a swing (and to a lesser extent, a vibrating seat) can help your baby nap better and sleep longer at night. Most babies don’t need to swing all night to sleep well, but I know many parents whose babies sleep well only when they are allowed to fully reclined swing all night during their first months of life.

Sucking on a breast or pacifier may help your baby fall asleep and prevent SIDS, but it won’t really help him stay in deep sleep.

Even babies who have never experienced the 5 “S’s” can benefit from their sleep-enhancing effects. Don’t be concerned if your baby initially resists them. If you patiently persist, you’ll be surprised by your success.

Weaning Your Sleeping Baby Off the 5 “S’s”

All children eventually must learn to fall asleep on their own and to put themselves back to sleep when they wake during the night. In my experience, by three months most babies are ready to learn how to do this and should be placed in the crib sleepy but semi-awake.

I know that the parents of infants under three months are warned by some baby book authors that using nighttime sleep aids like the 5 “S’s” will spoil their babies and make them abnormally dependent. I couldn’t disagree more! For nine months before your baby was born, your womb surrounded him with sensations like the 5 “S’s” every second of every day. That’s why all babies sleep better and longer with a couple of “S’s” to keep them company during the long night. But don’t worry—by the time your little one is four months old, you can start weaning him off them without difficulty.

The first “S” you’ll wean is swinging. Usually, by two to three months, you can reduce the swing speed to the slowest setting. (Only use a fully reclined bed swing during the baby’s first month.) A few days later, if your baby is still sleeping well, let him sleep in the nonmoving swing. Finally, a few days later, if he still is sleeping soundly, move him to the bassinet.

The next “S” for you to phase out is sucking, usually between four to six months (although some love to suck for more than a year). Babies love to suck on the breast, and once they are nursing well you can introduce a nighttime pacifier. Doctors have noticed that babies who fall asleep sucking on pacifiers—even if the baby drops it soon after sleep begins—have a lower risk of SIDS!

Every once in a while, sensitive babies may wake and cry when the pacifier falls from their mouths. If that happens to your little one, you can help her learn how to keep the pacifier in the mouth more securely by following the “reverse psychology” advice on this page.

Next, many parents wean the swaddling. After around four months, try wrapping your baby snuggly—but with one arm out. He should be able to suck his fingers and soothe himself. If he sleeps just as well that way try putting him to bed with no bundling. However, if he starts waking up more, take a step back and return to wrapping both arms down for another month. Try the one-armed wrap every month until your baby shows you he can sleep well unswaddled.

The very last “S” you’ll wean is rumbling, white noise sound. Over a period of two weeks you can gradually lower the volume of your womb sound CD until it is so low you can simply turn it off. 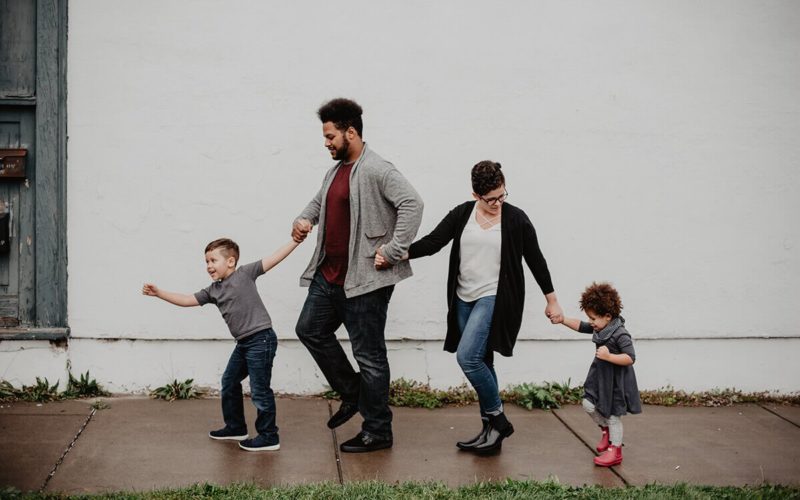 In general, my little patients are out of their swings by three to four months, out of the swaddle by four to seven months (a handful have continued until ten months) and sleeping in a quiet room sometime after twelve months. (The shhhh noise is the last “S” to be dropped because it is so easy, effective, and simple to control.)

When your sweet baby goes all night without any of the “S’s,” give him a diploma. Finally, he has fully graduated from the fourth trimester and is ready to really get going on his life adventure!
Older Post
Newer Post
Close